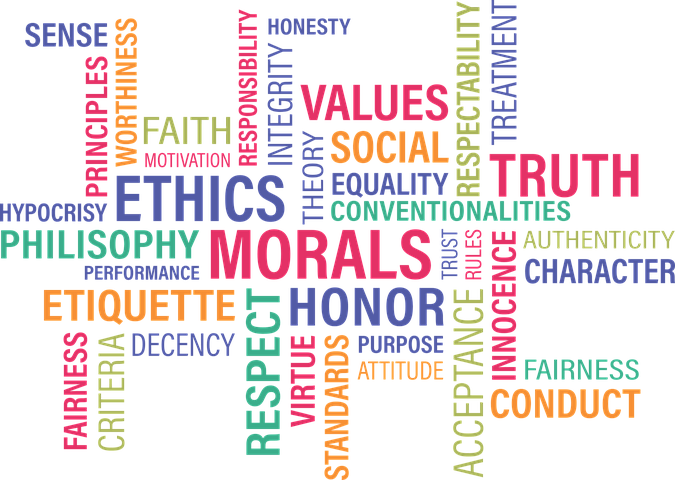 La bella figura rules Italian behavior in every aspect of life—from the way you dress to the way to comport yourself and the way you speak, and, above all, table manners—all make up the impression you give others. La bella figura is a uniquely Italian concept of living with dignity and difficult for outsiders to comprehend.

There are no rules for what makes a good impression, la bella figura. Giovanni Della Casa (1503-56) wrote a set rules in his Galateo: The Rules of Polite Behavior to present to his nephew as a guide to simple decency. As important as acting upon polite behavior is learning what behavior to avoid. The successful man, must combine an exterior grace with a necessary social conformity. Anything that could give offense or reveal vulgar thoughts should be avoided.

What are these behaviors that make la bella figura? In the 2015 eBook release by Project Gutemberg, J. E. Spingarn describes that the Galateo’s real foundation of good manners is in the desire to please. “This desire is the aim or end of all manners, teaching us alike to follow what pleases others and to avoid what displeases them.”

These behaviors run the gamut from personal cleanliness to how to fold a table napkin. These include many dos and don’ts.

The “dos” “don’ts” seem obvious, but it is alarming how often people violate these basic rules of social behavior, and it behooves all of us to review them.

This list is by no means complete, but you get the idea. These manners of behavior may sound obvious and laughable but think of how many people you know who are guilty of one or more such social infractions.

The list continues, but you get the idea. Now for the Dos:

Through all the many rules of dos and don’ts it is significant to notice that Italians are a contradiction in themselves. Speaking loudly and shouting across the street is a common practice in many towns and villages. They have little patience for keeping their place in line without an audible annoyance and will wear flip flops and spaghetti-strap knit tops without sense of style.

Every town and country has its own code of social behavior. When traveling to a foreign country, it befits one to learn a bit of the cultural code of ethics to avoid a reputation attributed to a whole flock of geese rather than the goose or, worse, offending the people of that country by a wrong gesture. “The Ugly American” is a phrase popularized by the title of a 1958 book by Eugene Burdick, which gave a blistering account of Americans abroad who remain insensitive to other cultures.

Today Giovanni Della Casa’s Galateo is universally accepted as the standard code of social ethics with the latest printing as recent as 2016. La bella figura is best understood as the desired extrinsic value of a character that produces admiration by others. It is superficial and yet all important because, as the saying goes, first impressions last a long time. For a more recent study on manners, America has Emily Post’s Etiquette.