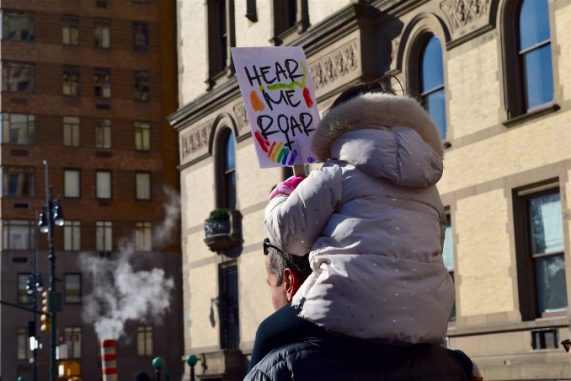 Be careful of what you say. The word police are everywhere. They’re not a corps of an established budgeted department, with well-defined guidelines under which to conduct their policing. That would be easy to live with as we would know the rules.

Who sets the rules?

We, the people advocate free speech, human rights, animal rights, rights of the disabled, gay/lesbian marriages, religious tolerance, ethnic tolerance, are the self-appointed police operate under the fear of committing an offense against the tide of political correctness, whose standards change with each phase of the moon. Operating without a governing body, we have made ourselves the word police to uphold standards in an “enlightened society.” Not only do we police our colleagues and friends, but we also police ourselves. Have you ever paused in mid-sentence weighing the sensitivity of a word on the tip of your tongue and then opted for another, more neutral word? Were you afraid of offending someone, or of being labeled insensitive, or of making yourself vulnerable to a law suit? If so, you have policed yourself into silence. If you observed a person talking to you halt in mid-sentence, perhaps that person held back for fear of offending you.

We live in an age of heightened awareness. There is no room for bigotry in the workplace, in the halls of ivy, in the newsroom, and on Capital Hill. Sexism, racism, homophobia, xenophobia, Antisemitism, Christian bashing, Moslem-bashing, and any other form of closed-mindedness is intolerable in an enlightened society to the point that we must carefully measure our words on the scale of sensitivity that ranges from prejudiced to tolerant–and sensitivity is a two-way street. Not only must you select your words according to the tolerance scale of the listener (which may differ from yours), but they must be made aware of that difference and accept that tip in the scale should a word escape to cause that tilt.

A man casting an admiring look at a female runs the risk of being labeled a “sexist pig.” A simple compliment can be taken as sexual harassment. A dear old friend of mine from the old school of chauvinism had gone through great pains to change his ways. He was beginning to feel comfortable in a woman’s presence without feeling the pressure of acting out the role of seducer. When he met his liberated sister-in-law after years of not seeing her, he complimented her on how well she looked saying, “You look really good.” She snapped back at him with a coy, indignant smile, “You’re so sexist.” Feeling dejected, he found himself wandering the room and asking, “Can’t a man compliment a woman anymore?” Like the ancient mariner doomed to repeat his tale, he went around the room asking again, “Can’t a man compliment a woman anymore?”

We strive to balance the scale of sensitivity between prejudice and tolerance. Towards this goal, we run the risk of becoming a homogeneous society censorious of divergent thought. Individuals tipping scale on either side of center risk ostracism and social isolation.

Mankind is a tribal species and as such there will always be some hold out to prevent us from total eradication of bigotry. Being a member of the enlightened society, therefore, requires being tolerant of the intolerant for, if we’re not, we have closed our minds to what Jonathan Rauch, author of Kindly Inquisitors: The New Attacks on Free Thought, calls “intellectual pluralism, which permits the expression of various forms of bigotry.” An enlightened society must allow for diversity of thought in every circle, no matter how odious. Without that, we become a censored society.

I attended a dinner party one evening following Easter. One of the guests I’d known for a few years, talked with great fervor about having gone to confession and mass. When she had finished, I commented, “Good for you.” To which she got up from the table and left the party in a storm, leaving me, the other guests, and the hostess dumbfounded. I admitted to having been guilty of insensitivity, perhaps even of condescension. I extended my apologies. None were accepted. To this day, she doesn’t speak to me.

Now, President Obama fell into the same fangs of the word police when he called his long time friend Kamala Harris “The best looking attorney general.” It didn’t matter that he preceded that comment by calling her “brilliant, dedicated, and tough . . . exactly what you’d want in anybody who is administering the law.” The word police only heard what was meant to be a joke and a compliment, and they bared their fangs.

Rather than run the risk of committing an offense, social gatherings have become antiseptic salons of boredom, devoid of exchanges of ideas. I once attended a meeting of teachers where the central theme was standard English. At that time the media filled the pages with reports of the Oakland School Board’s controversial resolution to use Ebonics—African American Vernacular English, coined from the words ebony and phonics, to teach Standard English to African Americans students. This was 1996. I bring it up now because the answer that I got from the speaker when I asked him, “What do you think of Ebonics?” is classic.

“I’d rather not talk about it,” he said.

The word police are listening.